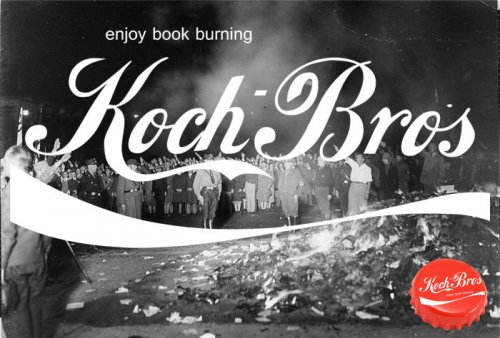 The Koch Brothers have been bankrolling the Far Right for decades, including Tea Party and anti-science front groups. Now that the monster they’ve created is burning books and slandering Muslim Americans, they’re not so keen on taking credit.

“It’s hateful. It’s ludicrous. And it’s plain wrong,” says David Koch as he begins the defense of he and his brother against recent articles that have said the two men are spending a fortune to secretly fund an anti-Obama insurgency. 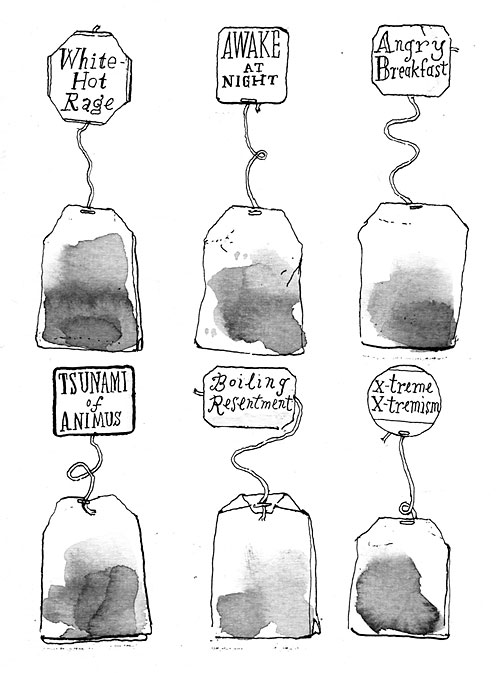 Where were you during those miserable eight years of bush the lesser when everything you complain about was happening?  Do you realize how small and petty your outrage appears today?

The GOP is infected! 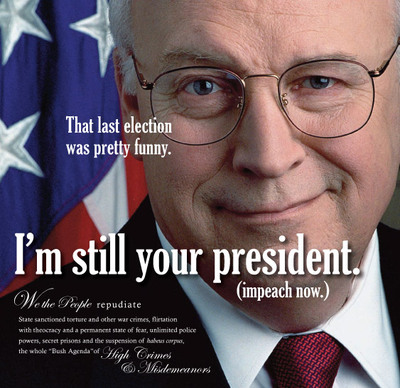 Obama Derangement Syndrome—pathological hatred of the president posing as patriotism—has infected the Republican Party. Here’s new data to prove it:

The poll, which surveyed 2,230 people right at the height of the health-care reform debate, also clearly shows that education is a barrier to extremism. Respondents without a college education are vastly more likely to believe such claims, while Americans with college degrees or better are less easily duped. It’s a reminder of what the 19th-century educator Horace Mann once too-loftily said: “Ignorance breeds monsters to fill up the vacancies of the soul that are unoccupied by the verities of knowledge.”

States’ Rights on the Rise

According to The New York Times, whether it’s correctly called a movement, a backlash or political theater, state declarations of their rights — or in some cases denunciations of federal authority, amounting to the same thing — are on a roll.

Several states, most of them red, have been adopting resolutions emphasizing their own rights or denouncing federal authority. South Dakota and Wyoming have declared federal gun laws invalid if the gun is made and used within the state; the Oklahoma House has passed a resolution saying they should be able to vote on opting out of federal health-care reform; Utah’s legislature has said the federal government cannot enact health-care reform without its permission, and also said the state has the power to seize federal land under eminent domain; and Alabama, Tennessee, and Washington are all considering measures to assert local police’s power over federal authorities. Much of this legislation has been championed and pushed by Tea Parties, but it’s unlikely much of it will last. “Article 6 says that federal law is supreme and that if there’s a conflict, federal law prevails,” says one constitutional-law professor. “It’s pretty difficult to imagine a way in which a state could prevail on many of these.”

Will We Be Stuck With Texas’ Textbooks?

Coming soon to a classroom near you: History textbooks that stress the “Christian origins” of the United States, play up the historical importance of figures like Phyllis Schlafly and Newt Gingrich, and examine the “unintended consequences” of the civil-rights movements and Title IX. The brouhaha over Texas’s efforts to pass these new conservative history standards—which are expected to be finalized later this spring—could have national repercussions. That’s because Texas is “a huge market leader in the school-textbook industry,” says the Associated Press. “The enormous print run for Texas textbooks leaves most districts in other states adopting the same course materials, so that the Texas School Board effectively spells out requirements for 80 percent of the nation’s textbook market.”

How far is too far?

Fox News analyst Ralph Peters, on July 19th, said the Taliban should murder private first class Bowe Bergdahl. He claims he was told by a “high ranking military person” (whom he conveniently doesn’t name) that the soldier was a deserter. Inquiries by major news sources found no one in the military in either the Pentagon or Afghanistan to back that up. In fact they all say he was not a deserter. All this took place on that well known man of integrity’s show, Bill O’Reilly. Bill added the captured soldier must be crazy, but didn’t defend the soldier.

My question is: When does the first amendment line get crossed? You can bet that particular piece will be shown to Bergdahl by the Taliban, and used to further disassociate him from the reality that the military is doing everything in its power to rescue him. Some are even blasting Bowe for saying what he has about this country and the war in Afghanistan, but it’s the same thing McCain did when he was a captive in Hanoi. My personal opinion is Peters is giving aid and comfort to the enemy, and should, at the very least, be fired by Fox, and, at the most, be tried for treason, although that will never happen. I also feel O’Reilly should be fired as well for not jumping Peters immediately. That whole thing, as well as peters ridiculous attempt at explaining himself, crosses the first amendment line. The Republicans are jumping Obama for saying the police acted stupidly, but where’s the outcry from them about Peters? There’s a sad path of hypocrisy running through the Republican camp, and it needs to be addressed. The story: