I never miss an episode of Bill Moyer’s Journal on PBS. I hesitate to blog about each episode because there’s just no “fluff” to the show. I never know what questions and quotes to pull out, generally it’s all ice cream and no bullshit.

In any case, Moyers ending commentary this week just really hit home for Kansans. Especially for my Wichita friends here who are passionate about Women’s rights. ~sekanblogger

BILL MOYERS: Finally, you know by now that in our nation’s capital on Wednesday, an elderly white supremacist and anti-Semite is alleged to have walked into the United States Holocaust Memorial Museum with a rifle and killed a security guard before being brought down himself. 88 years old!

You will know, too, of the recent killing in church of Dr. George Tiller, one of the few doctors in the country still performing late term abortions. It was evidence that violence works. His family has now announced that his Kansas clinic will not be reopened.

You may be less familiar with the June 1st shootings in an Army recruiting office in Little Rock that killed one soldier and wounded another. The suspect in question is an African-American Muslim convert who says he acted in retaliation for U.S. military actions in the Middle East.

Soon, however, these terrible deeds will be forgotten, as are the three policemen killed by an assault weapon in Pittsburgh, the four policemen killed in Oakland, California, the 13 people gunned down in Binghamton, New York, the eight dead in a North Carolina nursing home. All this year alone. END_OF_DOCUMENT_TOKEN_TO_BE_REPLACED

What is the deal with Rush and the race card.? He said today that nominating Sotomayor is the equivalent of nominating David Duke.

Rush believes Sotomayor hates white people you see, and he is convinced she’s a racist.

Recently he was imagining that Democrats were garden tools.  Seem strange?  Yes, but it allowed Rush to call Hillary a “hoe” and Obama a “spade”.

And now, the man has the unmitigated gall to call others racist?  Rush either has absolutely no shame, or he is going certifiably crazy.  I am not sure which… 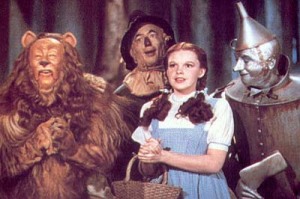 Many of the Prairie P and Ps are in Kansas!  All of us appreciate the insights, ideas and thoughts from readers and bloggers everywhere.  What are you thinking about today?

If Internet service providers’ current experiments succeed, subscribers may end up paying for high-speed Internet based on how much material they download. Trials with such metered access, rather than the traditional monthly flat fee for unlimited connection time, offer enough bandwidth that they won’t affect many consumers — yet.

But as more people use the Internet to watch TV and stream movies, they could bump up against the metered rates’ caps, paying expensive over-use fees. Watching a movie may then require paying two fees: one for the movie, another to the cable company.

Most consumers probably don’t realize how much bandwidth their Internet usage consumes, because they’ve never had to care. Time Warner, the nation’s third-largest Internet service provider, in its five experimental markets is offering 5 gigabytes of downloaded Internet content for $29.95 per month. That translates to 15 hours of viewing standard-definition video, or 350,000 e-mails, or 170 hours of online gaming, or some combination of those activities, according to the company.

Others among the nation’s largest ISPs are also experimenting with caps and tiers.

Both Time Warner and AT&T stressed that the trials, though they have no announced end dates, are just that: experiments. They’ll be modified, or even abandoned, if they meet too much hostility, Dudley said.