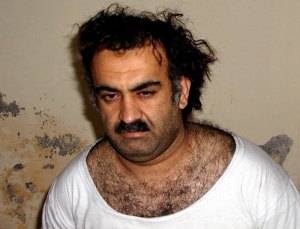 Should Obama stick to his campaign promises and try 9/11 detainees as criminal defendents or should he use military tribunals?  Is the abandonment of the constitution a necessity in fighting the “war” on terror?  These two questions have serious consequences for the Obama administration – and the subject, unlike health care reform, may not have an obvious political upside.

“’It would be the biggest mistake we could possibly make, in my view, since 9/11,’ Graham has said about a civilian trial. ‘We would be giving constitutional rights to the mastermind of 9/11, as if he were any average, everyday criminal American citizen. We would be basically saying to the mastermind of 9/11, and to the world at large, that 9/11 was a criminal act, not an act of war.’ “(see politico.com source below)

An act of war?  How about, instead, we think of it as an act of terrorism, which hopes that we abandon our principles of constitutional government in our response?  Who wins then?  Eric Holder has said “that trying Khalid Sheikh Mohammed in a courtroom as ‘the defining event of my time as attorney general,’ and [failinng to do that] would open the president to claims that he’s forsaking his principles for the sake of political convenience.”   See more here.

This won’t be a pretty fight.  What should the president do?

Mohammed Jawad was taken into U.S. custody during our war in Afghanistan. He confessed to throwing a hand grenade that injured U.S. soldiers. It was later revealed that this confession was obtained with torture. He is from a poor Afghan family where exact dates of birth are not known. It is probable that he was born in 1991 based upon his mother’s recollection of significant events – this in turn means that in 2003 when Jawad was captured that he was 12 years old. The official U.S. documents contend that he was age 18 when he was transferred to the U.S. detention center in Guantanamo Bay – this is unlikely.

The U.S. Army officer assigned to conduct Jawad’s military tribunal removed himself from the case due to his inability to “in good conscience” complete this assignment.

Read the accounts here and here of this shameful case. It is way past time to free Jawad.

The photo above was taken three months before Jawad was captured.