They Shoot Falcon’s, Don’t They? 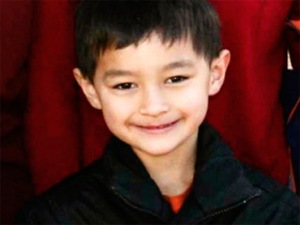 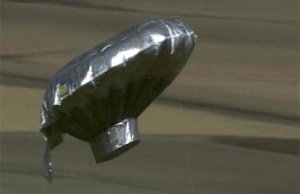 Thanks to my hero, Frank Rich, of the New York Times, for the inspiration for this thread.

Making money, and seeking one’s moment of fame these days is much like it was in the 1930’s  according to a recent NY Times editorial by Frank Rich.  The 1935 book, and then 1969 movie, They Shoot Horses, Don’t They?, examined the common man’s desperation for survival and attention at an especially despondent time in the history of this country.  The corruption and venality of current-day reality television and the dance marathon movement of the 1930’s are compared by Rich and unsettling similarities are revealed.

So, is it so terrible to expose one’s children to real or imagined danger if the goal is 15 minutes of fame, which can in turn, be exploited for obsence profits?  Has this Great Recession become the most recent version of the Great Depression?  What do you fine bloggers think?

Filed under The Economy

The Forgotten Man: A New History of the Great Depression

This 2008 book (now out in trade paperback) by Amity Shlaes has been  flying off of the shelves of D.C. book sellers.  Allegedly, both sides of aisle are deeply interested in this book.  Conservatives are giving the book high praise, e.g. “The finest history of the Great Depression ever written” – National Review.

I am guessing the contemporary interest in this book stems from the similarity in presidental events – FDR’s inheritance of a economic diaster following the stewardship of three Republican presidencies v. Obama’s inheritance of the economy from the two terms of G. W. Bush oversight [sic].

Shlaes certainly has the conservative bona fides – she served on the Editorial Board of the Wall Street Journal, for example.  Her book takes an unmistakeable conservative re-interpretation of the New Deal.

To put it most simply, Shlaes believes that FDR declared war on business and set up New Deal entitlements, not to help the “forgotten man”, but to achieve political advantage.  Shlaes even provides what she claims is the origninal definition of the “forgotten man”.  According to Amity, the forgotten man is the one who pays the taxes conceived by special interest groups, and does so year after year, without complaint.

Suffice it to say that Shlaes has the conservative mantra down: “All taxes and regulations are bad, all business and free-markets are good!”  In fairness, though, Shlaes points out some very curious regulatory excesses practiced by the New Deal agencies.  FDR considered himself an experimenter and I think he would have admitted some of his experiments failed miserably.

I came away from the book, asking the question, “can there not be a balance of encouraging business, but also demanding business responsibility via regulation?”  I believe there can be, and I think President Obama is tryng to achieve this precarious balance.

Campaign is Over: Time to Work 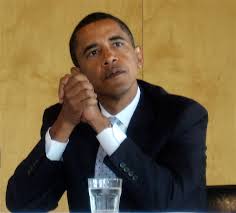 I donated somewhere north (but not too far) of $500.00 to elect Barack Obama.  I was thrilled that the plan worked.  What has been less thrilling to me is that I still get those emails from Team Obama.  They go like:

“We really need your support on this or that, so please contact your congressman or senator today…”

And the message is followed by one of those “Donate”  buttons- enshrouded in red.  [Good thing I am not JJ or MG, I’d read something into that red color].

First off,  Barack,  Todd Tiahrt would sooner gnaw off his rodent-like gonads than vote for anything you’d favor.

And more importantly, let’s knock off the money begging gig until next campaign go-round.  Get to work!

Contributing to my angst about Obama has been a book by Amity Shale entitled The Forgotten Man: A New History of the Great Depression.  It is a criticism of “The New Deal”.  I think Obama has avoided most the errors made by FDR, but the issues are worth watching for.  [May do a book review about this very interesting book soon].