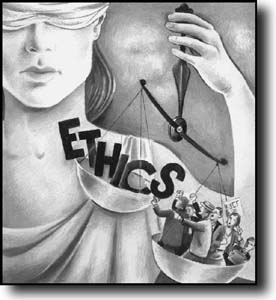 There are currently two separate ethics investigations going on in Washington: investigations to see if Rep. Laura Richardson and Rep. Maxine Waters, both Democrats from California, violated rules of conduct. Rep. Laura Richardson’s case involves whether she received preferential treatment in the foreclosure and eventual re-acquisition of her home in Sacramento, California.

Waters is being investigated for allegedly seeking preferential treatment for a bank linked to her husband, the committee said. According to the panel’s announcement, the investigation will look into whether Waters or her husband benefited from any of her communications or actions involving One United Bank, in which her husband held stock and previously was a director.

At a time when politicians are under intense scrutiny by every pundit with a camera or a computer, one would think those same politicians would learn crime doesn’t pay. South Carolina has had its share of idiots as well, both Republicans, so it’s not limited to any one party. So what is it about politics that tends to bring out the worst in some people? Or do the statistics reflect the general population?  I can imagine the answer to that question runs the gamete of everything from stupidity to outright greed, to it isn’t any different than pick a city near you. But I think there’s a basic question that does need to be answered:  Is politics, hence party affiliation, really involved, or does the perp lose that when he or she walks the on the unethical side? My answer to that is: a crook is a crook, and what party they belong to makes no difference. I’ve seen it used too often when either a Democrat or  Republican is charged with a crime, then suddenly it’s their parties fault. One can list the unethical from both parties, and the list would be ten pages long, at least. So using party affiliation as a blaming factor for criminal behavior is pointless. Any other views?