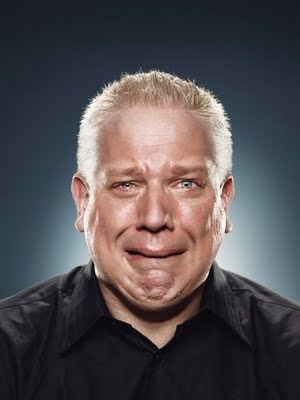 A fascinating article by Glenn Greenwald, at Salon.com, not only attempts to categorize (not an easy endeavor) Glenn Beck. Along the way, Greenwald has much to say about the political climate in the states today. To say the bulk of the protesters (teabaggers, etc.) don’t have a clue about what exactly they’re protesting is oversimplification.
—————————————————————————————————–

Last night during his CBS interview with Katie Couric, Glenn Beck said he may have voted for Hillary Clinton and that “John McCain would have been worse for the country than Barack Obama.”  This comment predictably spawned confusion among some liberals and anger among some conservatives.  But even prior to that, there had been a palpable increase in the right-wing attacks on Beck — some motivated by professional competition for the incredibly lucrative industry of right-wing opinion-making, some due to understandable discomfort with his crazed and irresponsible rhetoric, but much of it the result of Beck’s growing deviation from GOP (and neoconservative) dogma.  Increasingly, there is great difficulty in understanding not only Beck’s political orientation but, even more so, the movement that has sprung up around him.  Within that confusion lies several important observations about our political culture, particularly the inability to process anything that does not fall comfortably into the conventional “left-right” dichotomy through which everything is understood.

Some of this confusion is attributable to the fact that Beck himself doesn’t really appear to have any actual, identifiable political beliefs; he just mutates into whatever is likely to draw the most attention for himself and whatever satisfies his emotional cravings of the moment.  Although he now parades around under a rhetorical banner of small-government liberty, anti-imperialism, and opposition to the merger of corporations and government (as exemplified by the Bush-sponsored Wall Street bailout), it wasn’t all that long ago that he was advocating exactly the opposite:  paying homage to the Patriot Act, defending the Wall Street bailout and arguing it should have been larger, and spouting standard neoconservative cartoon propaganda about The Global Islamo-Nazi Jihadists and all that it justifies.  Even the quasi-demented desire for a return to 9/12 — as though the country should be stuck permanently in a state of terrorism-induced trauma and righteous, nationalistic fury over an allegedly existential Enemy — is the precise antithesis of the war-opposing, neocon-hating views held by many libertarian and paleoconservative factions with which Beck has now associated himself.  Still other aspects of his ranting are obviously grounded in highly familiar, right-wing paranoia