Maybe Redemption is Possible for Everyone. . . 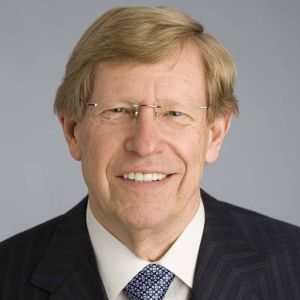 Ted Olson, the attorney who aided George W. Bush in his selection as president of the U.S.A., is now fighting proposition 8, California’s same sex marriage ban.  Olson has teamed up with his opponent  in the Bush v. Gore battle (attorney David Boies) to undo proposition 8.  Being declared an honoray lesbian is a title Olson wears with pride.

Olson was the subject of Maureen Dowd’s Sunday editorial.  He aknowledges his emotional reaction to the case and those effected: “’I think there’s something the matter with you if you don’t care enough to feel the suffering that they’ve been through and if you’re not emotionally upset about the fact that we’re doing an immense amount of harm to people,’ he said. ‘We’re not treating them like Americans. We’re not treating them like citizens.’”

More from the editorial:  “‘The anti-gay-marriage proponents whipped up a moral frenzy in 2008, suggesting conjugal parity would harm children, summon the devil, tear down churches and melt civilization.’ But Olson argued in his opening statement that the discrimination gays experience ‘weakens our moral fiber in this country.’”

Both attorneys expressed their disappointment with President Obama’s position on this cause: “’Damned right,’ Boies snapped. ‘I hope my Democratic president will catch up to my conservative Republican co-counsel.’”

While I don’t think Olson did the nation a favor with his work to install G.B. Bush, as the title states, “maybe redemption is possible for everyone.”