This is why the Republican Party must resort to restricting the vote.  The map below shows the way it ended five years ago today. 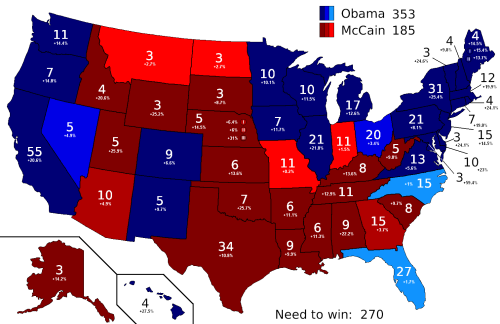