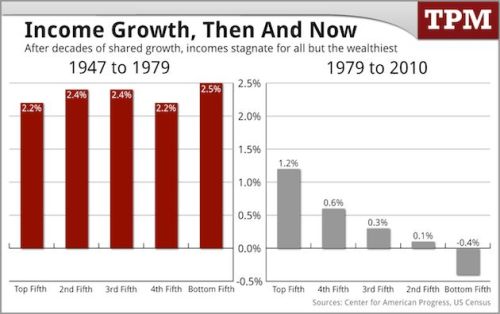 Notice the second chart begins with "The Gipper," and shows the effects of 'trickle down' economics.