Blast from the past — Geo. Bush and how he’s going to create a surplus by 2010

President Bush argued in February 2001 that his fiscal policy “returns . . . the surplus to the American taxpayers”.

In his 2001 testimony to Congress, then Fed Chairman Alan Greenspan supported President Bush by offering projections of “an on-budget surplus of almost $500 billion . . . in fiscal year 2010.” The National Debt would soon be retired and the Boomer’s retirements secure. Greenspan offered a projection of “an implicit on-budget surplus under baseline assumptions well past 2030 despite the budgetary pressures from the aging of the baby-boom generation, especially on the major health programs.”

Mr Bush also said in February 2001: “After paying the bills, my plan reduces the national debt, and fast. So fast, in fact, that economists worry that we’re going to run out of debt to retire. That would be a good worry to have.”

What actually happened was this: Geo. Bush inherited a national debt of 5.7 TRILLION

and left us, after two wars, massive tax cuts for the rich, money in the mail (tax “rebates”), and practically no JOB GROWTH with a debt of about 11 TRILLION. 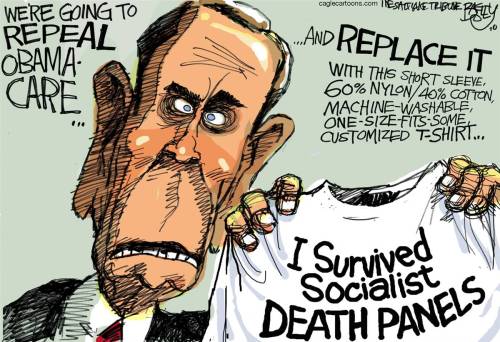