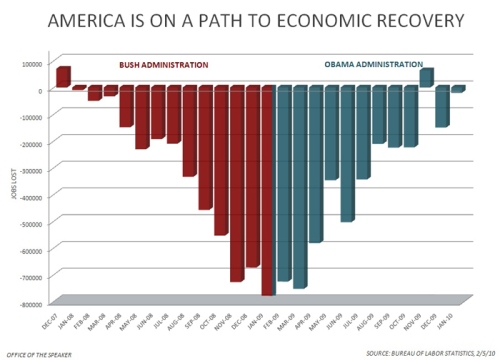 The chart above represents JOBS LOST, and the precious few times jobs were gained during the period December ’07 through January ’10.   In addition to the above graph showing how much better off Americans are since President Obama and majority democrats were elected, David Axelrod recently pointed out that even though the Republicans claim to be for cutting taxes, the Democrats managed to pass 25 tax cuts last year, all of which the Republicans opposed.

Here’s an even more recent chart, representing the period December, ’07 through June, ’10: