Annie, get your gun! 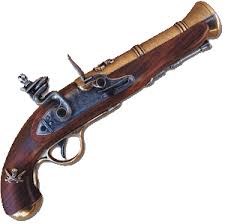 So, what to do? You’re at a BBQ with a mixed bag of friends, some liberal, others conservative, and the conversations are beginning to drag. What to do? Well, you could suggest a game of “pictionary” or some lawn bowling. Or you could just stand in the middle of the patio and loudly make this statement:

“I am a Democrat and I believe in gun control!”

Suddenly, your dull, lifeless BBQ will come to life! Maybe not in a good way, but it will be much more lively.

I am a confirmed liberal Democrat and I earned my bona fides long ago. That having been said, I am a firm defender of the Second Amendment. There are several reasons for this.

One, is that I support the Constitution of the United States. We are to be a “nation of laws” and the COTUS is the supreme law of the land. There are reasons that it is so difficult to amend the Constitution.

Two, virtually every legal gun owner is a law abiding citizen that respects firearms and uses them properly.

Three, gun control laws do little or nothing to reduce gun violence. In some studies, the legal carrying of a firearm has been shown to actually reduce some crimes.

I am a legal gun owner and a legal carrier of a firearm, even though I choose not to carry most of the time.

Truthfully, guns are not the cause of violent crime in America. The high murder rate is due to a “culture of violence” not the “gun culture.”

Guns are tools, examples of fine craftsmanship and even works of art. They are only dangerous when used in an improper manner. Responsible gun owners keep their weapons from the reach of children and teach their children gun safety.

The focus on reducing gun violence should not be on the gun it’s self, but on the culture that breeds gun violence. Gangs, drug trafficking and poverty are the reasons for gun injuries and deaths, for the most part.

Gun control laws generally just become a nuisance to law abiding gun owners. Certainly I am for background checks, but much beyond that, gun control laws are mostly “feel good” laws that do little to achieve their well intentioned objectives.

Cain killed Abel with a club. Today, perhaps he would have capped him with a 9mm. Regardless, he would still be dead. Throughout history, be it a club, spear, sword or a gun, man has figured out a way to kill his fellow man.

Banning guns will do nothing to change that.