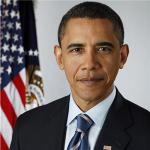 With a victory on the financial regulation overhaul in his pocket—a “key pillar” in his recession recovery plan—President Obama said a Republican plan for the economy would move the country backward to the job-killing policies of his predecessor. “It took nearly a decade of failed economic policies to create this mess, and it will take years to fully repair the damage,” Obama said in his weekly address that aired Saturday, vowing that his policies would move the country forward. That’s expected to be one of the White House’s main messages during this fall’s midterm elections. The president admitted that the growth since the credit crisis two years ago hasn’t created enough jobs, but said the GOP would make things much worse. House Minority Leader John Boehner (R-OH) countered that the GOP would promote growth by cutting spending and taxes.

Or, listen to the address here.