We’ve ALL talked to this guy!


Mujibar was trying to get a job in India. The Personnel Manager said, “Mujibar,
you have passed all the tests, except one. Unless you pass it, you cannot qualify for this job.”

Mujibar said, “I am ready.”

The manager said, “Make a sentence using the words Yellow, Pink, and Green.”

Mujibar thought for a few minutes and said, “Mister manager, I am ready.”

The manager said, “Go ahead.”

Mujibar said, “The telephone goes green, green, and I pink it up, and say,
‘Yellow, this is Mujibar.’”

Mujibar now works at a call center.  No doubt you have spoken to him.  I know I have. 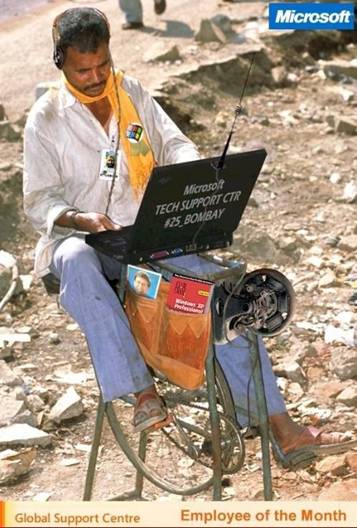 The death penalty, the ultimate punishment for a crime. To many, it is a thoroughly fitting punishment for murder. Many more are clamoring for new laws to shorten or eliminate some of the appeal process. There are some that want capital punishment to be extended to other crimes, beyond murder.

There are numerous reasons for capital punishment.

I do not doubt the guilt of the Carr Brothers, Kleypus and Thurber, and I believe their crimes to be heinous, beyond human understanding. That having been said, I still can’t get past – 138 + 8.

My solution is not unique – life without the possibility of parole in a  super-maximum security prison.

In a super-maximum security facility, prisoners are confined to their cells 23 hours a day, with only a single hour for solitary exercise. They receive their meals in their cells. They take two showers per week, alone. They have a radio and a television, but the programming is limited to recreational, educational and religious, and the inmate can’t reach the electronics. Their reading materials and mail are censored and they have no contact with anyone except the guards. No one has ever escaped from a super-maximum security facility in the United States.

Super-max detention has been described by prisoners and prison officials as a “cleaner version of Hell.”

To me, I would opt for death before living like that.

These are my thoughts. What are yours?