The Huge Growth in Patriot Groups 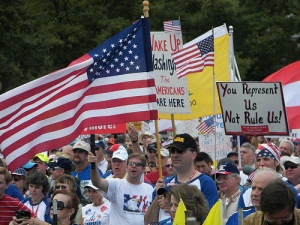 The Southern Poverty Law Center indicates that there were 149 Patriot groups in 2008 and as of 2009 their numbers were 512; an increase of 244 percent!  These groups include militias as well.  They all hold the view that the Federal Government is their primary enemy.

In the above referenced source, the authors conclude that our situation currently is much like the time before the Oklahoma City bombing.  Bill Clinton reminds people that words do matter and those of the media have a special responsibility in not inflaming people.