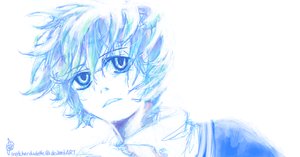 It’s winter in Kansas, and the gentle breezes blow seventy miles an hour at twenty-five below.  Oh, how I love Kansas!  When the snow’s up to your butt, you take a breath of winter and your nose gets frozen shut. Yes, the weather here is wonderful, so, I guess I’ll hang around.  I could never leave Kansas, my ass is frozen to the ground…

RNC spending more than it raised

According to an article at The Hill —

A 2009 spending spree has left the Republican National Committee (RNC) with its worst election-year cash flow this decade.  The RNC had $22.8 million in cash and no debt when Michael Steele was elected chairman at the end of January, but has since seen its cash on hand drop to less than $9 million at the end of November.

It will be interesting to follow the money, and equally interesting to see how long Michael Steele keeps his job.  It’s sad that the party that was once well-respected for their fiscal restraint now outspends their fund raising performance.  Could they instigate an almighty tax cut of some sort?   They say tax cuts are the solution for all economic woes!

One of the comments to this story is worth repeating here —  “If the Republicans are not frugal with money that was given to them voluntarily, just imagine how they’ll waste money raised through taxes. The Myth of Republican Frugality has taken another hit.”

Recently Brit Hume exhorted Tiger Woods to convert to Christianity to battle the recent problems the latter has encountered.  Woods, who claims to be a Buddhist, was faulted by Humes for adopting this religion.  Hume said: “I don’t think that faith offers the kind of forgiveness and redemption that is offered by the Christian faith.”  Further turning his bully pulpit into a mere pulpit, Hume offered: “My message to Tiger would be: Tiger, turn to the Christian faith and you can make a total recovery and be a great example to the world.”

It was one of those moments where the satire being manufactured by Saturday Night Live could easily be anticipated.  See the full story here.