Beating them at their own game! 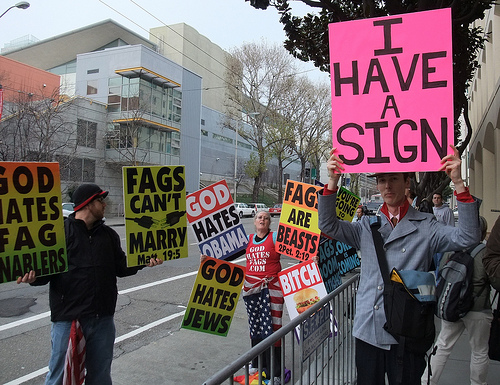 Westboro Baptist Church showed up to protest in front of Twitter’s San Francisco office on Thursday, but found themselves severely outnumbered by a crowd carrying multiple signs of randomness, nonsensical yelling, and even a unicorn.  A portable stereo blared Lady GaGa, while press and people passing by ignored the Westboro-gang signs and took pictures and videos of the more entertaining signs. 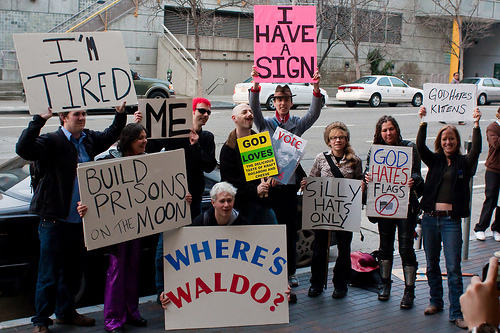 Raised As I Was

Raised as I was with devils and angels and a giant computer in the sky, I used to worry about God and aferlife and unquenchable fire.

And if God is a meticulous and malevolent moron who conditions salvation on Sunday morning TV terms, then a lot of Jews, Buddhists, Muhammadans, and guys like me are in deep trouble.

Which is probably why a lot of decent people refuse to believe in God.  Since I can’t accept that option with any great composure, I decided to create my own theology like everyone else.

Granted I don’t yet have a bible or a sacred mountain, not to mention my own TV show or even embossed stationery and a box number which is how anything worthwhile begins.

I do have a very friendly God who loves and understands everyone, and has provided an afterlife which matches Muhammad’s wildest dreams.

Now my friend Dubie says that I’m crazy not to face the fact that there may not be such a God or such an afterlife, and I asked Dubie when facing facts had anything to do with anything.

As I look over the world, people who seem the happiest are the ones who are sure there is an afterlife, or those who are convinced there isn’t one.  It’s the wonderers who do all the worrying.

Dubie’s going to get me a P.O. Box tomorrow.

The jury gets Roeder case today

Closing arguments this morning and then the case goes to the jury.

What does everyone think?  We are still in Kansas (and that does have a potential impact!).

This is today’s public square.

The State of the Union Address.  Time to reflect on what we have done and what needs to be done.  Will anyone be listening with an open mind or has partisan politics already spread its cancer on Obama’s presidency?

Does Hayworth pose a real threat to McCain?

This is John McCain’s challenger for his Senate seat.  I cannot believe we still have people who are trying to beat the birther drum.  I wonder if he drinks tea? 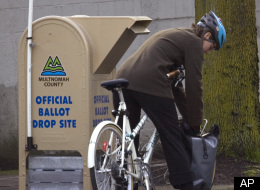 Is Oregon on to something or will they see a backlash?

Comments Off on Oregon Tax Hike

The ‘Reagan Test – aka Purity Test’  is again being proposed for the Republican Party to implement.  The logic behind this  is because Scott Brown won in a Democratic state,  now is the time to ensure only ‘pure’ Republicans are the candidates who will receive GOP money and support.

But it looks like there are cracks in this teapot, as well.  Seems there is a group of Republicans who see Scott Brown as a person who would fail the proposed Reagan Test.

Who is correct in their assessment?  Is Scott Brown the future Reagan of the Republican Party or did he just benefit from the backlash of the majority of Independents who were sending a message to the Democrats and the Establishment?  I guess time will tell, won’t it?

The Threat of Bioterrorism 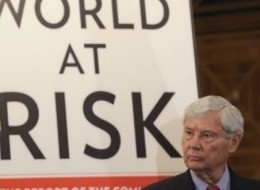 Bioterrorism – the next phase of the War on Terror?  Where will the billions for this war come from?    We’ve been at risk for a long time but we are still too busy debating the merits of the wars we have already spent billions on (and currently spending) trying to kill all radical Muslims – and that has not done much good, has it?

Will Bioterrorism be the next political football that gets kicked down the road for someone else to promise to fix?

Is the Tea Pot Cracking? 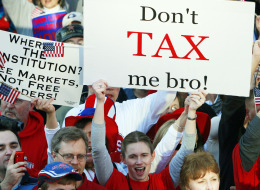 An article in NY Times is raising some interesting questions about the Tea Party Movement.  If the election of Scott Brown was such a win for all Tea Partiers, then why all the problems with the upcoming Tea Party convention ? 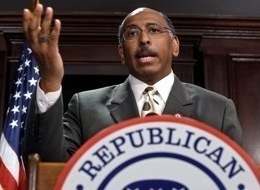 As I seem to recall, Michele Bachmann, who once told Michael Steele that he was ‘the man’, was encouraging every American to refuse to participate and ignore the census form.  So, I am puzzled as to why the GOP would choose to use a census-like form for their fundraising?  Further puzzlement is why did they send it to the Democratic Governor in Montana?

The public square for today.

The following comment was made in reference to a program that feeds poor children:

“My grandmother was not a highly educated woman, but she told me as a small child to quit feeding stray animals. You know why? Because they breed,” Bauer said, according to the Greenville News. “You’re facilitating the problem if you give an animal or a person ample food supply. They will reproduce, especially ones that don’t think too much further than that. And so what you’ve got to do is you’ve got to curtail that type of behavior. They don’t know any better.”

At a town hall meeting Thursday in northwestern South Carolina, Bauer noted his grandmother “told me as a small child to quit feeding stray animals. You know why? Because they breed.”

The Republican lt. governor did not specify if he included Social Security, Medicare, veterans benefits, car company and Wall Street bailouts in the category of government assistance that he disdains.

“The problem is, there are so many folks now who don’t have to do a thing. In government, we continue to reward bad behavior. Anytime we give somebody money, we’re rewarding them. We’re telling them to keep doing what they’re doing. Government’s got to change,” he said. “Babies having babies, somebody’s got to talk about. … Education can not really be improved until we address the real problem.”

To fix that, he said, “If you receive goods or services from the government, you owe something back.”

The real reason I bring this up, a Political commentator this morning made the statement that they have yet to figure out whether this will be good for his campaign or bad for it?

REALLY? You have to take the time to figure out if such a statement and comparison is good or bad for the campaign?

Maybe then there is no debate left to be had, this is one screwed up world!

Filed under Ethics, The Public Square