Being Gay “Was a Positive Factor” 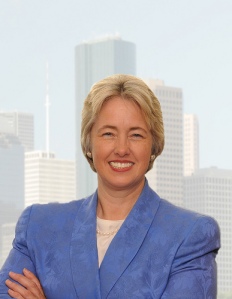 Pundits are claiming that not only did Annise Parker’s openly gay status not adversely affect her election bid, it may have been “a positive factor” in her election.  Cities like Houston (with a 2.2 million population), Orlando, and Charolotte are becoming international communities and therefore not subject to the petty bigotries of smaller, less diverse places.

Parker’s adversary resorted to smear tactics which emphasized her being gay.  This strategy backfired on the opposition.  Refreshing, no?  Former mayor Bob Lanier, “Houston is long past the years in which an appeal to bigotry is the winning ticket,” – he added, her sexual orientation was “more a positive factor for her.”

Parts of our dear country are moving ahead, it would seem.  How do we get places like Kansas to keep pace?  All ideas appreciated…

17 responses to “Being Gay “Was a Positive Factor””