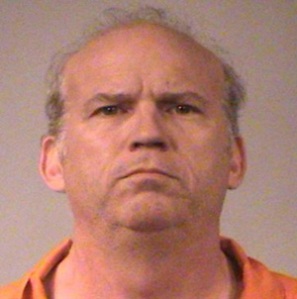 It is official, I guess, Scott Roeder announced to the Associated Press that he plans to pursue a defense whereby he will assert that pre-born children’s lives were in imminent danger and thus his execution of Tiller was justified.  Read more here.

I would say his chances of prevailing with that argument are a little less good than a snowball’s chance in hell.  It is just absurd and it seems like there should be some way of disallowing him to pervert the course of justice so that he can have a grandstand for his cause.

From the linked article:

“His confession came on the same day several strident abortion opponents released their ‘Defensive Action Statement 3rd Edition’ that proclaims any force that can be used to defend the life of a ‘born child is legitimate to defend the life of an unborn child.’  The statement’s 21 signers demand Roeder’s jurors be allowed to consider the ‘question of when life begins’ in deciding whether lethal force was justified.

“Among the signers are Eric Rudolph, James Kopp and Shelley Shannon — all serving prison time for targeting abortion doctors.”

I have to be in a certain mood to want to read a Jon Krakauer book.  Usually, that mood is not a good one.  I greatly admire his work which include:  Into the Wild

; Into Thin Air; and Under the Banner of Heaven.  Krakauer’s latest:  Where Men Win Glory:  The Odyssey of Pat Tillman was definitely worthy of this author’s attention and talents.  As I see it, the beat that Krakauer works is the intersection of Men, machismo, and testosterone and the likely result  of the collision of these  forces is – Tragedy.  There could be no better places to mine these ores than in the NFL and the disaster currently called Afghanistan.

In his own machismo struggle, Krakauer took the photo that graces the cover of this latest.

The forces eventually meet.  And predictably not to a good end.

This book troubled me almost as much as the Under the Banner of Heaven did. The intentional deceit perpetrated by our government about Tillman’s death in its unique way made the tragedy worse than in the earlier book.

And… the criminals in this latest book have not been held accountable.

I was looking for Indian summer images and found this blissful looking lady — thought some would appreciate this pic as much as colorful leaves.  🙂  She looks peaceful, huh?

It’s only four days ’till Friday!

How was your weekend?  Saturday’s weather made it one of those days to savor, and the House passed a health-care reform bill!  Let’s hear it for some small amount of progress!  Lots of hurdles yet to go, but it’s a first step!  After generations of doing nothing at least one step has been taken.

What are you thinking about that you’d like to discuss with others?