The Kansas definition of “Conservative” 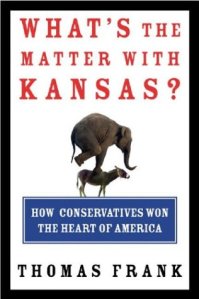 In this fine book, Thomas Frank goes to lengths to figure our what being a “conservative” means in Kansas.  His main premise is that due to social conservative attitudes in Kansas, our voters get convinced to support the Republican party, even though this is in conflict with our economic interests.

I believe that when Kansans are calling themselves “conservative” they are not usually thinking of Rush Limbaugh or Glenn Beck.  But, if I’m correct, what exactly do they have in mind?  Please help bloggers…

45 responses to “The Kansas definition of “Conservative””