Going Out on a Limb Here: It is Past Time to Get Out of Afghanistan 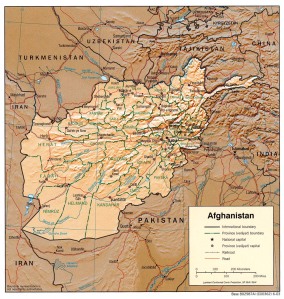 While President Obama claimed that “Afghanistan is no Viet Nam”, I personally believe the similarities and the attendent boondoggles are close enough to make any differences moot.  I have borrowed the ideas for this thread from Hightower’s Hightower Lowdown, Vol. 11, No. 10, Oct. 2009.

First off, should our country be  going about our possible escalation of forces based on the judgement of a few generals?  Our president recently claimed that the mission in Afghanistan is “to disrupt, and defeat al Qaeda and its extremist allies.”  Hightower asks “what this mean? Is this what America should be doing?  Is it worth doing?” – All are questions that should be publicly debated.

Secondly, we’re in Afghanistan to whip Al Qaeda!  Uh… Mr. President, U.S. Defense Dept.,  Al Qaeda left Afghanistan a long time ago.  Al Qaeda’s main base is in Pakison.  Does fighting the war in the wrong country remind anyone else of a former president?

Reason number three: We’ll save the people from the Taliban.  The Taliban is not monlithic unified group.  They include illiterate farmers, former anti-Soviet warriors, roving bandits, opportunistic drug trraffickers.  They are a nasty outfit when it comes to their treatment of girls and women.  The Taliban, however, is not a surrogate for Al Qaeda.

Reason four: We must support the Afghan President.  President Karzai’s influence stops at the city limits of the capital city, Kabul.  Afghanistan, politically and structurally, is a tribal area where different smaller tribal leaders are the sole government that has any real meaning to the citizens.  There is no national government to protect.  Also, Karzai’s blatant corruption and electoral fraud, doesn’t speak well to the locals about U.S. support.

Reason 5: We’re Training the Afghan Army.  Given the sorry shape of the national military force, it could take up untold years and treasure to bring the Army up to minimally effective readiness.  There is an absolute derth of reliable military commanders for the Afghan Army and resolving this problem will take years.

Is it time to reconsider the Afghan mission?  Alternate opinions appreciated.

The Circular Continuum: A Crisis of Faith (or Approach) Among Atheists

As this NPR story points out there has been a crisis of faith or approach among Atheists.  A newer group of Atheists are insisting upon aggressively confronting religious ideas, whereas the older group favors working with believers.  Some of the new groups tactics include de-baptizing people with hair dryers, trading pornography for Bibles, as well as holding art exhibits that depict scenes offensive to Christians.

I am reminded of those dorm bull sessions where we talked about “The Circular Continuum”:  The further  tolerant you become, you can lapse over into intolerance of intolerance – as an example.  The new Atheists, I think propose discorse that is as offensive as Fred Phelps styled “Christian-love”.

What do you bloggers think?  I am of the opinion that street theater is seldom entertaining or especially useful. 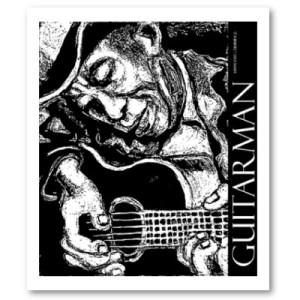 Hey, I have found a new label for my “maybe bad judgement” – it is called “Frugality Fatigue.”  I bought an Epiphone acoustic guitar last week.  I really couldn’t “afford” it – like in terms of  “having the cash on hand” for the purchase.  I did have a Visa that I use a lot less than I used to, though.  I have always heard that Gibsons (an Epiphone is a poor man’s Gibson) were easier to play than  Martins.  I am here to tell you there is a night and day difference.  I sure wish Neal Young hadn’t been a Martin man, I might not have been led astray for so long…

Justifying my temporary abandonment of frugality, is a trend recognized by the WaPo that as the recovery is taking shape, some people are out charging again.

So bloggers, is it time to start spending that one cannot really afford?  I think it is NOT, actually.  But I had a moment of weakness.  Still on the WEBlog wagon – so not all is bleak.  Bloggers what is your spending like these days?  Financial advice considered here.  Thanks. 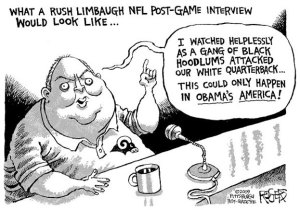 I watched quite a bit of football this past weekend — more than most anyway.  KU lost  😦 , the Chiefs won, I shivered as I watched the NE game in the snowstorm.   I can honestly say the man who either wanted to be involved in ownership of an NFL team or wanted an opportunity to bring renewed attention to himself never even entered my mind!  🙂

We’re back to a stretch of more fall like weather and if the wind allows we should get out and enjoy the sunshine and milder temps!