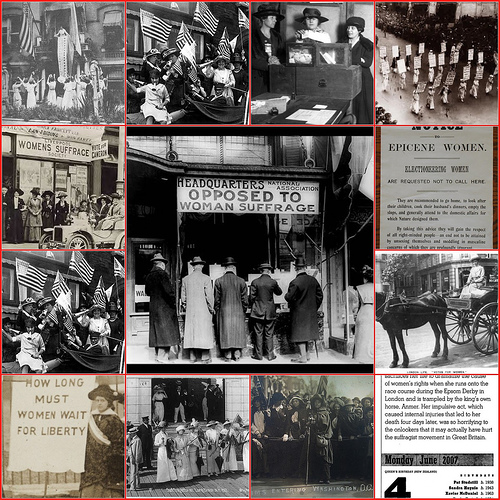 Talk about persistent!  When women decide to form picket lines, they don’t give up easily!

Ten suffragists were arrested on August 28, 1917, as they picketed the White House.  Daily picketing began on January 10, 1917. During that year, more than 1,000 women from across the country joined the picket line outside the White House.  Between June and November, 218 protesters from 26 states were arrested and charged with “obstructing sidewalk traffic.”

Women achieved the right to vote with the August 18, 1920, ratification of the Nineteenth Amendment, which is commemorated by Women’s Equality Day.

And, ya know what?  We are still fighting for equality!  🙂