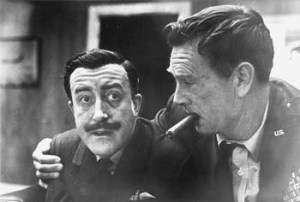 Dr. Strangelove and opinionated Catholics are kind of a troubling combination.  Are they not?

The OC folk think that getting healthcare reform passed as soon as possible is the way to go.  Their site says:

“Thankfully this counterproductive pandering to the mob that represents what is worse in America (Click here for pictures of the usual suspects) is still a minority approach. Rep. John Dingell does the Lord’s work in reminding us that Health Care reform opponents are like Klan & White Supremacists. We must never forget who we are dealing with. As Rep. Brian Baird (D., Wash.) so well puts it Health-Care Opponents remind him of Tim McVeigh.”

iggy donnelly – btw, Dr. Strangelove is one of my all time favorite movies…

4 responses to “Catholics Against Health-Care Nuts…”