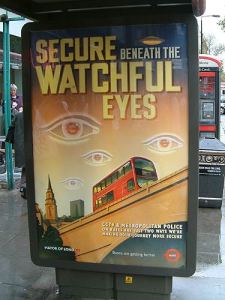 A front page article in USA today considers the “Lone Wolf Initiative” started by the Obama administration soon after he was sworn into office.  The initiative calls for federal authorities to attempt to find loners, like the one who killed Tiller.  They plan on looking into large purchases of bomb making materials, associations with hate groups, which have risen from 602 in 2000 to 926 in 2008, checking prison release rolls for people with past associations with hate groups, and asking citizens to report suspicious activities.

All well and good, until one gets to the citizens reporting suspicious activities part. That strikes me as Orwellian in nature.  With the hatred by both parties at an all time high, I would guess the feds will be swamped with calls concerning gossip, innuendo and hate.  Separating the wheat, if any,  from the chaff will be a time consuming job, to say the least. But my problem with that part of it is the big brother syndrome, and how it will effect the general population. Far be it for me to want some nutcase assassinating anyone, public or private, but could this lead to a British type system, where there are cameras on every street corner? Where people are rewarded for turning in a neighbor for perceived radical speech or actions?

What do the readers here think about this: does it make sense in this emotionally charged atmosphere, or is it big brother taking a visible foothold in America?

10 responses to “The Lone Wolf Initiative.”