Jessica Simpson’s Ass: Why does it always show up as a search term for this site?

Those of us who can check the blog statistics page note that the search term “Jessica Simpson’s ass” leads to this page.  I cannot figure out why and I swear this is not a desperate attempt to get some hits on our way to a new record.  Anyone who can enlighten me, would be welcome.

We’ve all wondered when this so-called Democratic advantage — majorities in the House, the Senate and the presidency was going to bring the changes and improvements we expected.  Well, Larry Flynt, publisher of Hustler magazine has asked the questions we want answered and given the advice we all have wanted to give!

You have proven to be a great campaigner. You have yet to demonstrate your ability to govern. Who needs the Republicans? They don’t know what compromise is. They’re just out to derail your presidency. Bitch slap ’em at every opportunity and put them in their place. They lost; you didn’t.

As for disloyal Democrats, you need to yank the carpet out from under them. Remind them that their survival is dependent upon yours. Don’t pull punches, Mr. President. You need some gonads, and if you don’t have any, as Hillary would say, you’d better grow some.

You have failed to keep many campaign promises. You’ve ignored civil liberty violations such as warrantless wiretapping. You passed a stimulus package that is obviously full of pork for Democrats. You handed over billions more in taxpayer dollars to crooked bankers. You listened to the very people who created our economic meltdown, the Mutt and Jeff team of Larry Summers and Tim Geithner. You’ve let the insurance lobbyists hijack healthcare reform to the detriment of every man, woman, and child in America.

You must say what you mean and mean what you say. Closing Guantanamo means just that. You could do it right now, Mr. President. You don’t have to wait until January. You can place terrorist suspects in the federal correctional system without creating any risk to our citizens.

You’re a nice guy. Everybody likes nice guys. Sometimes they finish last. You don’t want that, and neither do those of us who voted you in.

The American people have placed their future in your hands. For heaven’s sake don’t let them down. Don’t let yourself down. 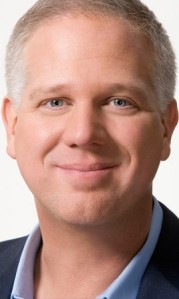 The Gates arrest incident and Obama terming the situation as “stupidity”, has prompted conservative host, Glenn Beck, to call Obama a “racist”.  What is up with poor persecuted white men calling any minority a “racist”?

I cannot understand this.  I get it on how people want things to be fair.  But, calling people names for what they have suffered for thoughout history, seems really, really bizarre to me.

The Dept of Homeland Security, Sans Confusion, Anxiety and Fear? 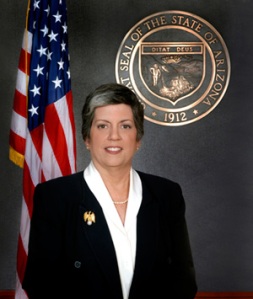 Janet Napolitano, Head of the Dept of Homeland Secuity, on Wednesday said, “For too long, we’ve treated the public as a liability to be protected rather than as an asset in our nation’s collective security.  This approach, unfortunately, has allowed confusion, anxiety and fear to linger.”  Well, Janet, your points are exactly 100% true.  Do you not get that sowing confusion, anxiety and fear was the express purpose of the Dept of Homeland Security.  George and Dick had a good thing going with this schtick, too.  They won the presidency in 2004 after allowing the worst attack in history on American soil.  They won that contest by convincing voters that they would be better at keeping America safe.

So, you’re talking about educating U.S. citizens on recognizing terrorism precusors, working with foreign governments in processing their intelligence data, and improving the communication among local and federal law enforcement in this country.  All that sounds good, but what about this self-defeating plan of reducing confusion, anxiety, and fear?  Do you need a job, or not?

This is an important subject — diversity!  Accepting it adds to our lives in ways we can measure and in others we can’t.  What are the many areas of diversity we should embrace?

And what thoughts do you have today?