Why are So Few Women In the Infidelity Club?

This Politico article examines the question of why so few women politicians have ever been caught for sexual indiscretions.

One woman politician asked a variant of the question, “When would I have time for that?”  My ex-wife used to accuse me of infidelity all the time and the “when would I have time?” question was not an acceptable defense.  I thought I was appealing to rational reasoning ability – but that did not work.

Of the various reasons for the under-repesentation of women in this group, my favorite is this from the article:  “women are way more clever at covering [affairs] up.” 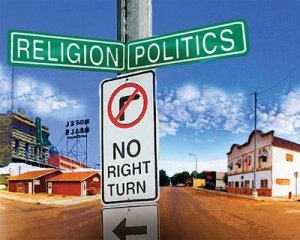 Is your head still in the sand about those in high elected office who want to remake America into a theocracy? They are no better than the Taliban, the name of the religious practice is different, and they’re able to sell it to unthinking Americans because Christianity sounds superior, godly, and is acceptable to those who have been brainwashed into believing that legislating morals is somehow their right.

“No sign explains the prim and proper red brick house on C Street SE. Nothing hints at its secrets. It blends into the streetscape, tucked behind the Library of Congress, a few steps from the Cannon House Office Building, a few more steps to the Capitol. This is just the way its residents want it to be. Almost invisible.

On any given day, the rowhouse at 133 C St. SE — well appointed, with American flag flying, white-and-green-trimmed windows and a pleasant garden — fills with talk of power and the Lord. At least five congressmen live there, quietly renting upstairs rooms from an organization affiliated with “the Fellowship,” the obsessively secretive Arlington spiritual group that organizes the National Day of Prayer breakfast, an event routinely attended by legions of top government officials. Other politicians come to the house for group spirituality sessions, prayer meetings or to simply share their troubles.”

The only “non’-‘duh” moment of this opinion came from Supreme Court Justice Thomas Clarence when he departed from the 8-1 majority and indicated:

“. . . the court’s ruling put school officials in an ‘impossible spot’ because it did not make clear what kinds of rule infractions would justify a more intrusive search. ”

Blogging doesn’t require formal attire, not even business attire. In fact, no attire would work. 😉

What will we find interesting to talk about today?