Give Us Your Disabled, Your Criminal, Your Kodachrome….at least for now

The End of an Era, again, for Southeast Kansas and the world. Southeast Kansas is no stranger to ‘End of an Era’ stories though. Endings that I’m familiar with? The M-K-T railroad, the Kansas Army Ammunition Plant (KAAP), and that’s just a couple of the larger ones from one town, Parsons. At one point those two comapanies together would have employed around 5,ooo people between them. You would be hard pressed to find people in the area without a connection to one or both industries. Parsons, of course, is not alone. It’s not a good time to be looking for work anywhere.

The PSHTC has suffered budget cuts again and again, as well as depending on government grants for research. The LCCC is already slated to close, even though it is cheaper to house these young offenders there. A last ditch effort to teach state legislators basic accounting and common sense is ensuing.

So what’s left here? We still have some area employers doing well in niche’ markets. With today’s announcement from Kodak, one of those niche’ markets is dissapearing also.

“On June 22, 2009, Kodak announced the final manufacturing run of Kodachrome 64, the last remaining Kodachrome film. Dwayne’s Photo plans to continue processing Kodachrome films through the end of December 2010. As long as supplies last, Dwayne’s will continue to offer Kodachrome film for sale. This is a sad occasion for us, as we’re sure it is for many of you. While we understand the business realities driving Kodak’s decision, we are still sorry to see the film go. Kodachrome was truly an icon of the 20th century and has certainly been a very important part of Dwayne’s business for many years. Once it’s gone, nothing will ever capture “those nice bright colors” in quite the same way. We want to say thank you to all the customers who have been loyal to Kodachrome and to us over the years.” –  Dwayne’s Photo

Dwayne’s Photo, Parsons Kansas is the last certified Kodachrome processor IN THE WORLD.

So for now at least, Parsons still offers an excellent destination for criminals, mentally retarded wards of the state (including sex offenders) and….KODACHROME.

We want all three, lots of it. At least for now.  ~sekanblogger

Those of you who were surfing for Paul Simon music and actually read all this crap anway?…….. – click here END_OF_DOCUMENT_TOKEN_TO_BE_REPLACED

In case you’re wondering about Top Of The Pops, It has been the British equivelent of American Bandstand for many decades, and the magazine is a sister publication.  http://www.bbc.co.uk/totp/  The song above was the theme song.

The song below was the ‘flip-side’ of a long gone curiosity, 45rpm vinyl records. ~sekanblogger 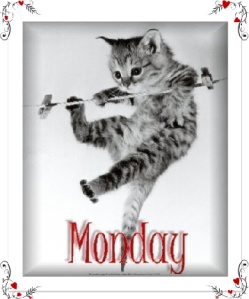 Hang on, it’ll go quicker than you think.

Hope your weekend was everything you needed and refreshed you for a new week. It’s hot in Kansas! The predictions are for 100 degree days, and the humidity is so high if the temps don’t quite reach triple digits it will feel that hot anyway.

What’s on your mind this fine Monday morning?

“RIP NEDA, The World cries seeing your last breath, you didn’t die in vain. We remember you.”

“Don’t be afraid Neda”, her friends and father are telling her as she dies. One blogger posted that Neda was protesting with her father in Tehran when pro-government Basiji militia opened fire and shot her.

“The final moments of her tender young life leaked into the pavement of Karegeh Street today, captured by cell phone cameras,” the unnamed blogger posted on Newsvine.com. “And not long after, took on new life, flickering across computer screens around the world on YouTube, and even CNN.”

With journalists in Iran being arrested, deported and generally shut down, kids on twitter have become the eyes and ears of the world. I see the world changing from the common man’s point of view. Government leaders here, and all over the world are clueless when it comes to the new networking. Not only do they not know how to use it to their advantage, they have no idea how to deal with those who do!

If twitter had been online during the Teinamen Square uprising, we would all know the name of the one brave Chinese sould that we only refer to as “The tank guy”.  Thanks to twitter, which suspended scheduled downtime to facilitate the protestors in Iran, the whole world knows about Neda. Shot dead in front of her father on the day we celebrate as father’s day. The most shameful actions brought into the world’s view by the younger Iranians who use modern networks.

On a slightly lighter side, I am thoroughly amused and can relate to the scramble in Washington DC to sign up for twitter. God help us if the congresscritters and lobbyists figure out what 16 year old kids already know.

I feel Obama’s response has been appropriate. I also feel deeply moved by the bravery of these common people. Being on twitter and watching the tweets from Iran while seeing video of Neda has deeply moved  me. Many twitter users have either changed or modified thier avatars to anything green as a show of support. I do the only thing that Obama can do. Watch, listen and comment in support. ~sekanblogger