What do you do?

The United States likes to think of itself as the very embodiment of meritocracy: a country where people are judged on their individual abilities rather than their family connections. The original colonies were settled by refugees from a Europe in which the restrictions on social mobility were woven into the fabric of the state, and the American revolution was partly a revolt against feudalism.

In Thomas Jefferson’s day, aristocracies were far-reaching. European nations had powerful nobles who inherited their status, promoted their own self-interested politics and often considered their interests to be superior to those of the majority. They demanded legal privileges unavailable to others. In contrast, Jefferson hoped to create a society in which all citizens were considered equal.

Jefferson described the creation of meritocratic America as, “aristocracy of talent and virtue.”  Toil, which had been seen as a necessary evil at best and mostly as a penance, was transformed into an expression of identity, a way for people to measure themselves and others.

“What do you do,” became an unavoidable acid test of relevance.  And, there was much ‘happy talk’ about work being fun and the workplace being family.  We started to expect our jobs to feed both our savings accounts and our souls.

In today’s economy if you’re lucky enough to have a job — especially a cushy, high status, well paying job — you might feel guilty about how much you hate it.  Prosperity perpetuated a little white lie that work is supposed to make us happy.

According to British author Alain de Botton in The Pleasures and Sorrows of Work, the big question is, “When does a job feel good”?  In his book his answer is, “Rarely.  The tragedy is that we expect anything more.”  Sometimes a job should just be a job — not what we live for, but what we do in order to live.

Matthew B. Crawford, an academic turned mechanic, echoes de Botton’s pessimism about the search for satisfaction in the daily grind, but goes further.  In his book Shop Class as Soulcraft, Crawford says more people should consider manual labor which offers the comfort of objective results (does the car start or doesn’t it?) and says this offers a fusion of thought and action that makes a man “quiet and easy.”

We may not be able to identify ourselves as easily today with the answer to, “What do you do?”  In fact, we might be talking about the importance of work that can’t be outsourced overseas.

He takes on big hitters, and the most controversial of topics!  Agree or disagree, you can’t call him a coward.

Filed under Economics, The Economy

IF RESPONDING TO A HOUSE FIRE WAS RAN BY GOP ELECTED OFFICIALS.

THE alarm bell rings waking all the GOP Officials and the voice over the loud speaker says,

All looked at each other in silent contemplation, then agreed. The statement was typed up and released and they went back to bed.

Tagged as conservitive bafoons, GOP, GOP devoid of ideas, GOP without a leader, Party of No 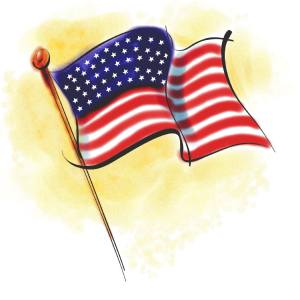 Since 1916, when President Woodrow Wilson issued a presidential proclamation establishing a national Flag Day on June 14, Americans have commemorated the adoption of the Stars and Stripes by celebrating June 14 as Flag Day. Prior to 1916, many localities and a few states had been celebrating the day for years. Congressional legislation designating that date as the national Flag Day was signed into law by President Harry Truman in 1949; the legislation also called upon the president to issue a flag day proclamation every year.

Presidents have declared today Flag Day.  But, a few short years ago today was declared the date Wicked was born so PP&Ps hereby declare this day Wicked’s birthday!

While I’m on a roll (pun intended) about pot, Republicans and Jokes, we must discuss one more huge republican fiasco. The ‘war on drugs’.

As I’ve posted here: https://iggydonnelly.wordpress.com/2009/06/05/legal-weed-may-save-america/ I already believe in legalizing weed, but speed too? Heroin? LSD? I’m not sure I want that. But this post is not about me, It’s about what law enforcement wants. Law Enforcement Against Prohibition, or LEAP. Apparently some want to spend their resources on real, violent, actual ‘bad guys’. Not some pot smoking, or even crank snorting. As one former police chief puts it in today’s New York Times; “I had arrested a 19-year-old, in his own home, for possession of marijuana,” he recalled. “I literally broke down the door, on the basis of probable cause. I took him to jail on a felony charge.” The arrest and related paperwork took several hours, and Mr. Stamper suddenly had an “aha!” moment: “I could be doing real police work.”

Oh the gall of that guy, not wanting to enforce the law. Not only could he be doing real police work, what about the teenage ‘criminal’? He had his door broken down, he’ll hafta pay for that. Probably got evicted, lost his job, got demonized by the local gossip mill, and will never be able to get a decent job because he’s a FELON. He can’t even own a gun because sherrif Stamper broke down his door and ruined his young life! Was he that dangerous to himself and others? I think not. I also feel that the millions of “Johnny with a joint” prosecutions of the past should be wiped off the record. Being a felon for smoking pot is not an appropriate level of punishment.

Okay, let me turn the soapbox over to the professionals. Read the Times article here END_OF_DOCUMENT_TOKEN_TO_BE_REPLACED