CAN YOU HEAR ME NOW?

Did anyone else see where Obama was touring the pyramids and found an ancient picture of himself? In this cartoon he looks just like the picture! ~sekanblogger 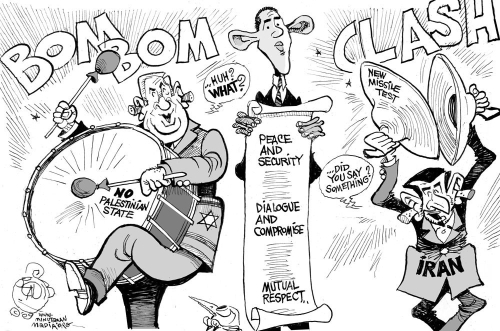 Obama on LGBT Rights: “The Fierce Urgency of Whenever”

As Obama ally, Andrew Sullivan (responsible for the quote in the title) and this Politico article indicate gay groups are growing impatient with Obama’s inaction on LGBT rights.  Speculation is rampant as to the causes of Obama’s inaction – ranging from he’s changed his mind on LGBT rights to he’s afraid of alienating midwest conservative voters to “he has too much on his plate now.”

Dick Cheney, God bless his black little heart, has said – “I think that freedom means freedom for everyone” – voicing his support for gay marriage.

Dick Cheney to the left of Barack Obama (note:  photo positions above);  While very punny, it is pretty damn sad…

SOTOMAYOR: A TRAP FOR REPUBLICANS – by Donald Kaul

Donald Kaul has, over the years, become one of my favorites at minituemanmedia.org. And I love his ‘credentials line’ that is always at the bottom. Today I’m moving it to the top; Don Kaul is a two-time Pulitzer Prize-losing Washington correspondent who, by his own account, is right more than he’s wrong. ~sekanblogger

We’re about to see just how dumb the Republican Party in general, and conservatives in particular, really are. I’m betting pretty dumb.

In one of his characteristically shrewd political moves, President Barack Obama last week nominated Sonia Sotomayor to replace David Souter on the U.S. Supreme Court. Judge Sotomayor, for those of you who may not be up to speed on your Appeals Court Judges, is as close to bulletproof as you can get when it comes to Supreme Court nominees. First of all, she is Hispanic and a woman, both politically good things to be, given that there have been only two women on the court before her and no Hispanics.

Second, she has a resume out of Horatio Alger. Grew up in public housing in the South Bronx. Lost her father at the age of 9. Won a scholarship to Princeton, that toffee-nosed bastion of the Establishment. Finished at the top of her class. Went on to Yale Law, where she was editor of the law review.

Became a federal prosecutor in New York City. Later went into private practice, then on to the federal bench, first at circuit court level, then appellate.

And Republicans are making noises as though they’ll oppose her nomination—indeed, perhaps block it—on grounds that she is a judicial activist.  END_OF_DOCUMENT_TOKEN_TO_BE_REPLACED 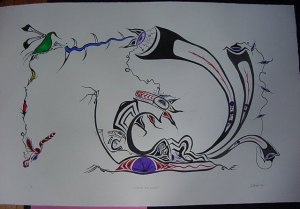 Chakras
Calm the beasts within
that sometimes flare up and threaten the safety of our beings.
Dragons within dragons
highlight our innate ability, and our pure spiritual energy helps to connect to our higher self. 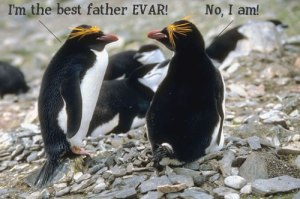 Why can’t humans be as understanding and accepting as other living breathing inhabitants of our planet?

“Two gay male penguins have hatched a chick and are now rearing it as its adoptive parents, says a German zoo.

The zoo, in Bremerhaven, northern Germany, says the adult males – Z and Vielpunkt – were given an egg which was rejected by its biological parents.

It says the couple are now happily rearing the chick, said to have reached four weeks old.”

Would many human children find loving homes if we were more accepting of gay couples?  Would we move a step closer to solving the problems of unwanted pregnancies if couples who would love to be parents were given the opportunity?