Now this is change you can count on. China has been building their cyber warfare units for years, and have been attacking us on small scale as test to their effectiveness. By creating a department of cyber warfare, we will have the ability to counter foreign cyber intrusions. With pretty much everything in the world run by computer today, anything else is suicidal. Cyber attacks by foreign elements can shut down entire energy grids supplying energy to major parts of this country.

The US military is moving ahead with plans to create its first “cyber command” designed to bolster America’s potential to wage digital warfare as well as defend against mounting cyber threats, officials said on Friday. 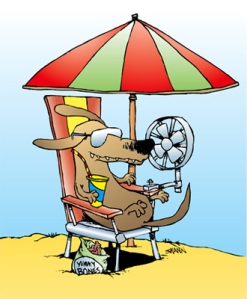 Is everyone enjoying the dog days of summer?