Empathy, the cooperative side of humanity 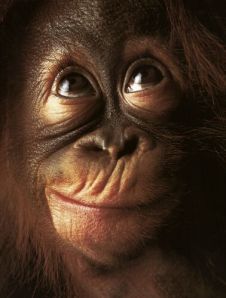 Scientists think they’ve found the origins of human empathy in studying orang-utans.  They found that laughter is contagious and important for animals that live in groups. “Empathy helps one communicate with social partners … It helps form social bonds and it’s supportive in terms of cooperation.”

Another study examines our potential for violence and finds, “Contrary to popular belief, we are born violent. Until the age of three, our impulses run riot. There is no stopping the urges which come from the emotional centre in our brains.

But as we grow up, we start to develop the part of the brain that allows us to control our aggression – the pre-frontal cortex.”

What causes some people to not control their tendency to be violent?  What allows others to remain passive, calm and peaceful?  What part does our culture and our experiences play?  We know laughter is contagious.  Is violence also?

When you read stories like those telling of the people gathering to protest at The University of Notre Dame tomorrow, you can’t ignore the mass hysteria, how much greater the threats of violence are because too often violence creates violence.  Does being a part of a group who are furious give permission to behave in ways we might find unacceptable as an individual?

14 responses to “Empathy, the cooperative side of humanity”