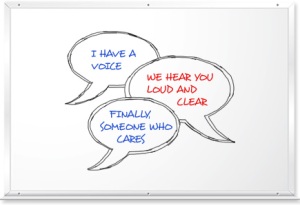 Wednesday marks the end of the first 100 days of the Obama presidency.

Maybe I was hearing conservative leaning sources, but I distinctly recall over the last few days getting the message that the favorability ratings of a president’s first 100 days don’t really mean too much.  The comments I recall were like:  “why, George W. Bush had high favorability ratings his first 100 days” – which if this had been true, would have, indeed, countered the meaning of these statistics.

This New York Times poll indicates that Bush’s approval ratings of 56% after his first 100 days were quite a bit lower than Obama’s 68% for the same time period.  While true, Bush enjoyed extremely high favorability ratings immediately after the 9/11 attacks, his presidency will be remembered for its overall consistent low marks.

Obama’s message that he is a “change president” has taken hold, but this notion has been tempered by the recognition that there is so much to be done, the agenda may take more than four years.  Especially heartening, is the public’s perception of improved race relations as result of the Obama presidency.