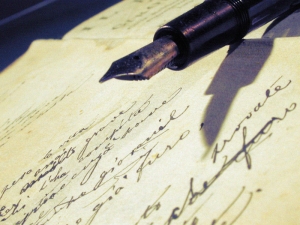 Apparently, we have a few who write once and awhile. How about posting something? I’ll start it off with a poem I wrote called, The Carpenter.

The old carpenter shuffled slowly to the park bench.
He placed his wooden tool box reverently on the ground.
He had to put his hand on the bench to support himself,
While he lowered his creaking frame down to sit.

He surveyed the area, hoping to find a friendly figure
With whom he could converse, to pass the time,
But it was late November, and the park was empty.
And so it should be, he thought, so it should be.

A crow, with shiny black feathers, landed on the bench.
It cocked its head, and looked up at the carpenter
With an expression that brought to mind the words,
Have you been here before?

Many, many times, the carpenter said to the crow,
Though his voice was silent as the long dead leaves
That were still scattered about the park’s broad expanse.
I have been coming here since ‘fore this place’s time.

My penance for carving out the wood, and making the cross,
Is to wander the world until such time as I find that
I can forgive myself for what I have done.
I have many more years to wander, I fear.

As the carpenter turned to gaze at the crow,
The bird gave a squawk, and flew off to seek less noisy things.
The carpenter looked again over the park, with eyes
That contained no joy, no light…only the pain of ages.

The old man slowly reached for his tool box.
He stood up, wincing at the pain it brought,
And shuffled down the park path towards places unknown.
The crow watched, with a coal black eye, from a barren tree. 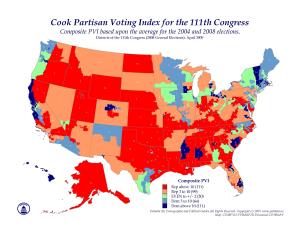 Political guru Charlie Cook has now released the new PVI (Partisan Voting Index) based on the 2004 and 2008 elections. The PVI is by congressional district and tells how much more Democratic or Republican a district is than the country as a whole based on the two previous presidential elections. 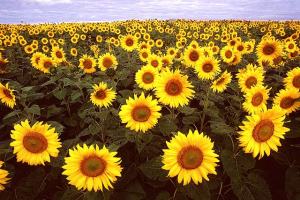 I noticed all the wildflowers are adding color to the landscape since our late March snow melted (maybe they’re weeds, but I’m going with wildflowers!). The park is ablaze with blue, purple, yellow and varying shades of green.  I visited San Antonio about this time of year and the Bluebells were in bloom — the fields looked like an ocean. Beautiful.

Is everyone ready for spring? What do you do when the weather is warmer that you don’t do during the winter?