So by now, most of the news hounds here have already heard this, but my heart just dropped when I read this from the AP.

“WASHINGTON – Just months before the start of last year’s stock market collapse, the federal agency that insures the retirement funds of 44 million Americans departed from its conservative investment strategy and decided to put much of its $64 billion insurance fund into stocks.

Switching from a heavy reliance on bonds, the Pension Benefit Guaranty Corporation decided to pour billions of dollars into speculative investments such as stocks in emerging foreign markets, real estate, and private equity funds.

The agency refused to say how much of the new investment strategy has been implemented or how the fund has fared during the downturn. The agency would only say that its fund was down 6.5 percent – and all of its stock-related investments were down 23 percent – as of last Sept. 30, the end of its fiscal year. But that was before most of the recent stock market decline and just before the investment switch was scheduled to begin in earnest.

No statistics on the fund’s subsequent performance were released.”

As if it wasnt bad enough that upper end baby boomers are losing lots of equity in our homes and other real estate investments, our 401(k)’s have sunk low enough to walk under a closed door with a top hat on, and the future of Social Security is still a big question mark… the folks who have guaranteed pensions are facing this?

I think this is a perfect example of what six asked today when he queried “who’s watching the watchers?”  Where was the congressional oversight on this subject? Where were the regulations governing how this money could be invested?  Unfettered free market capitalism strikes again.

Someone who’s as paranoid as I might wonder if this is a continuance of the jihad on unions and the working class. Or if it’s another case of incompetence? Investments Gone Wild? Peer pressure to perform amazing financial feats without a net?

I’m betting the latter.  People who make investments for a living are incredibly competitive. It’s part of what makes them good at what they do. And I’m sure there was pressure during the greed boom about “why arent OUR investments getting that rate of return?”  They couldnt stand it and jumped in, only to find the water over their heads.

It doesnt look good for those of us facing retirement in ten years or less.  If I were a betting person, I’d be putting my money in cat food stock. Because without real estate equity, 401(k)s, guaranteed pensions, and Social Security, there’s going to be a bunch of us gray hairs fighting the cats for their cheap tuna.

What the hell should we be doing to plan for retirement? Brushing up our resume’s?

Filed under Populists, The Economy

On College Basketball and Recruiting

This morning, I was listening to the sports talk show on KFH; the one with Bruce Haertel and Bob Lutz hosting. A topic that was discussed was the current situation involving UConn and possible NCAA rules violations committed by the mens basketball program.

There is no doubt that college sports has become big business, which increases the temptation to bend or break the rules. One of the hosts mentioned the discomfort that many coaches have with the AAU summer basketball programs, as evidenced (apparently by Rick Pitino) by comments made at a post-game media conference. There are some “shady” characters out there involved with these programs, and many wonder whose wallets are being fattened due to their involvement.

I’ve a simple solution. If a player has participated in AAU summer basketball programs, that player is automatically ineligible for an athletic scholarship to any NCAA member institution. I know that this would not happen, as the business of college basketball is too big, and the AAU programs have been the source of players to the big programs.

I can’t recommend this book highly enough.  The subjects covered range from the educational advantages given to Bill Gates to the impact of culture on airline crashes.

Gladwell’s gifts are on full display when he is recounting the progress of social science in describing how culture has an impact on the expression of violence.  He cites the research of Cohen and Nisbett who found that men from certain sections of this country, who were more likely to have immigrated from places that specialized in herding animals, were more prone to “Code of Honor” violence.  The reasoning goes that herders can have their livelihoods wiped out in a single night – traditional farmers/tillers are not subject to such devastating threats.  In response to this threat, those with herder ancestors were more prone to aggression and defensiveness which had been shaped by this cultural heritage;  a legacy of easily triggered violence that continued despite the fact that a contemporary person had not, nor had any of his ancestors in memory, had any direct contact with herding economy problems.  This code of honor violence explains the long standing feuding traditions of of the Appalachian region, according to Gladwell.

In another section, Gladwell describes the dangers of airline crashes that resulted because of cultural values that encouraged deference to authority.  He describes several airline crashes that resulted from a lack of assertiveness by pilots even when they clearly knew that they were in danger.  Interestingly, this problem was recognized by Flight researchers, though many were hesitant to draw attention to the correlations between authority deference in a culture and the rate of airline crashes.  This reluctance, I presume, was due to not wanting to sound prejudiced or ethnocentric.  When those countries who had these crash problems directly addressed the cultural issues, by systematic re-training of their pilots, they were able to reverse these crash trends.

Gladwell ends the book by talking about the cultural influences and opportunities that came about for him from his Jamaican background.

I have not read Gladwell’s previous books.  I am going to soon correct that oversight.

The temps are rising, the wind is still blowing but is warmer, the melting should finish today — so can we have spring now? 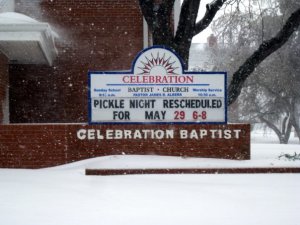 What’s on your mind today?